Having crossed the 49th parallel north and docking overnight at the marina in Nipigon (49° 00.630’ N), we sailed for nearby Red Rock, Ontario. Red Rock is a tiny village with an 80-slip marina—courtesy of the provincial government of Ontario. It is also the site for the annual Live from the Rock Folk Festival, held every year over the second week of August. More on that in a moment.

As mentioned in a previous blog, Nipigon is North America’s northernmost freshwater port and the farthest north you can sail on the Great Lakes. To most Americans, the 49th parallel demarcates the southernmost reaches of the arctic tundra. Many of us believe glaciers still stand there. Ironically, it isn’t all that far north when you consider that all of Great Britain is north of the 49th, Paris, France is just south of the 49th and St. Petersburg, Russia sits astride the 49th. Ok, it’s not exactly tropical, but it’s not Arctic, either. At least not during the summer months.

The U.S./Canadian border from Lake of the Woods in northern Minnesota to the Strait of Georgia in northwest Washington state is based on the 49th parallel north. Nonetheless, crossing it by boat earns you bragging rights and membership in an elite fleet of sailors. Modern-day 49ers, if you will. You even get a certificate attesting the accomplishment—signed by the mayor of Nipigon! Hizzoner was out sailing when we crossed, so we got a pre-signed certificate plucked from a stack of them in the harbormaster’s office. We had met the mayor a couple of times at Minneapolis boat shows; he passed out Lake Superior agates like candy to trick-or-treaters. We didn’t feel slighted in the slightest.

With this bucket list item checked off and fully documented, we ventured back across the 49th (no certificate for that!) and made our way almost 4 nautical miles south and west to Red Rock. It took all of an hour from cast off to tie up on the respective docks.

Sheer vermilion and ocher cliffs stand guard above the shoreline where the town of Red Rock is nestled. The most prominent “rediface” defines the north end of town where the cliffs of How Mountain crowd Nipigon Bay with just enough room for a railway and a dirt road to run to Nipigon.

The characteristic red coloration of local geological formations is due to oxidation—rusting—of iron-bearing minerals found in the layers of siltstone and sandstone sediment that comprise How Mountain and other similar geological formations. The sediments were deposited 1.3 to 1.5 billion years ago on the even-more-ancient and -durable up-thrusted rocks of the Canadian Shield. The area has been subject to epochal rotations. The landscape has changed from primordial seas to desert and all the climate-induced nuances between. The red cliffs and palisades in the area are the scoured sides of tablelands eroded by water, glaciers and weather. In terms of structure, geologists liken them to the ruddy mesas and cuestas of the American Southwest. 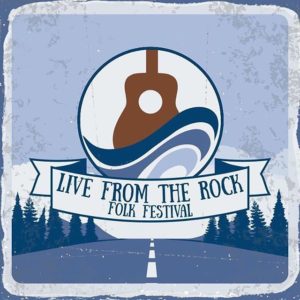 Minneapolis sailing friends Larry Carpenter and Judith Taylor have been longtime participants in the festival, which kicked off in 2003. The event is produced by a local group of volunteers and attracts 2,000 folk music lovers every year. The 2018 event included 22 acts from across Canada and the U.S., as well as a flamenco music and dance act from Europe. Among other things, Larry emcees the nightly bonfire gathering of musicians at the far end of the marina.

We tied up to the outside slip at C dock at the southern end of the marina, carefully keeping to the northern end of the slip. The marina shallows up quickly there and we risked running aground. As we tied up, we recognized a trawler on B dock. MV Always Sunday was tied up inside the end of the dock and our friends Pat and Mary were sitting in the back of boat! We knew them from our days at Harbor View in Duluth. We had not seen nor been in contact with them since we moved Gaviidae 37 to Pikes Bay Marina near Bayfield, WI, in September 2014. Once secured, we ambled over for a reunion. They hadn’t notice us arrive, so their surprise was total when we hailed them from the pier alongside their boat.

We spent a few minutes renewing our friendship, then Julie and I went off to check in at the marina office. We also wandered down to the end of A dock. SV Nokomis, another Minnesota boat sailed by Jim and Kathy, was docked there. We were casually acquainted with them through mutual sailing friends. We chatted briefly then set off to buy passes for the festival set to start the next day.

Passes in hand, we went in search of Larry and Judy, who were tenting in the festival campground. Judy’s health issues prevented them from their customary cruise to the festival in their sailboat, Allegro. We found them encamped in a Minnesota ghetto. About 20 people—most of whom we knew from the Twin Cities area—had pitched tents and screened enclosures or parked campers together. Our friends were scattered in several small clusters observing happy hour, preparing dinner or unpacking vehicles after the seven hour drive up Minnesota and along the northwest shore of Lake Superior.

That evening after dinner, Julie and I strolled over to the campfire shindig. Upwards of 100 musicians and spectators were gathered around the already-blazing log fire. Bleachers were set up on three sides of the fire leaving the fourth side open for people who preferred to stand or sit in chairs they brought. Working clockwise around the fire, Larry allowed musicians to emerge from the bleachers or from among the throng in the open area and play one song. Participants included professional entertainers headlining the festival as well as nonprofessionals brave enough to step forward. Song selections ranged from old-time folk to Country/Western to blues and Pop/Rock tunes. Other performers would join in instrumentally and the crowd was often encouraged to join in vocally and did so with gusto.

Melody Across the Water

At one point during the evening, a stranger approached us and asked if we were from Gaviidae. He introduced himself and explained that he was from the sailing vessel Meander, which had been anchored near us at West Otter Cove. Before the thunderstorm blew in on us at West Otter, we had been enchanted by the voice and guitar of a woman on Meander.

In talking to her the next morning as they pulled out of the anchorage, we learned that they were bound for the Red Rock folk festival. Julie asked if she was going to perform there and she responded, “Only if I can get up the courage to sing at the bonfire.” She told us that bonfire gatherings at the festival were nightly, starting the night before the festival kicked off. That news prompted our arrival at Red Rock a day earlier than we previously planned.

The singer on SV Meander was named Christine. It was her shipmate who approached us, having been directed our way by Larry Carpenter. He said Christine had brought her guitar, but only because we had complimented her performance back in West Otter Cove. He said she would need some encouragement to actually play. The next time Larry cast his attention to that bleacher, Julie and I started chanting, “Christine! Christine! Christine!” She shyly demurred, saying she wasn’t ready.

It took a couple more rounds with us repeating our chant—increasingly augmented by others in the bleachers—before she took up her guitar and broke into a folk song. The ice was broken. She stepped up and performed in subsequent rounds, as well. She even sang a duet with Larry! Christine’s shipmate later told us that she would never have participated if we hadn’t encouraged her—first at West Otter Cove, and again that night at the bonfire.

Flamenco at the Bonfire

There were many fine musicians in that crowd and some excellent performances. A standout was when a small group below us on our bleachers began singing and performing Spanish folksongs: flamenco! Two women in the group also got up and danced around the bonfire! Their performance was initially jarring after listening to old folkies and cowboy laments, but they soon had the crowd in thrall. Julie and I resolved to see them perform the next day at the music workshops and on the main stage the next night.

We left the bonfire well before the singing and the embers died down. The bonfire gatherings often last into the wee hours; we lasted until midnight. The next day we took in a number of workshops throughout the day—including the flamenco group, Fin de Fiesta, a couple of times. Parking our comfy flippy chairs near the front of the mainstage that evening, we enjoyed several excellent performances by folk singers, an amazing guitarist and a Toronto bluegrass trio named The Lonesome Ace Stringband.

The last act ahead of Fin de Fiesta was just warming up when show organizers shut down the stage. A major storm was bearing down on the area. Festival organizers ordered everybody onstage to shut down and clear out; the audience was urged to disperse and seek shelter. Julie and I gathered up our chairs and bee lined to our boat. It was already dark and lightning was lighting up the sky as we boarded. First the wind swept in from across Nipigon Bay, pushing Gaviidae hard against the dock. Our fenders cushioned the impact and saved her sides from chafing. Torrential rain followed as lightning flashed all around to appreciative claps of thunder. It was an exciting and noisy evening, but not the kind of entertainment we anticipated.

After an hour or so of strom und drang, we headed to the campground area to check on our friends. Some areas of the campground flooded and several tents and tarps were deflated or even shredded. The Twin Cities camp was on high ground and dry. A couple of collapsed canopies lay forlornly in heaps, but everybody there was in good shape.

The bonfire gathering reconvened that night, but Julie and I were too exhausted to join in. We crawled into our sleepsack relatively early in anticipation of an early departure. Loon Harbour was our next destination and some 34 nautical miles away. We slumbered undisturbed through the nearby bonfire festivities. We learned later they partied until just before daybreak. 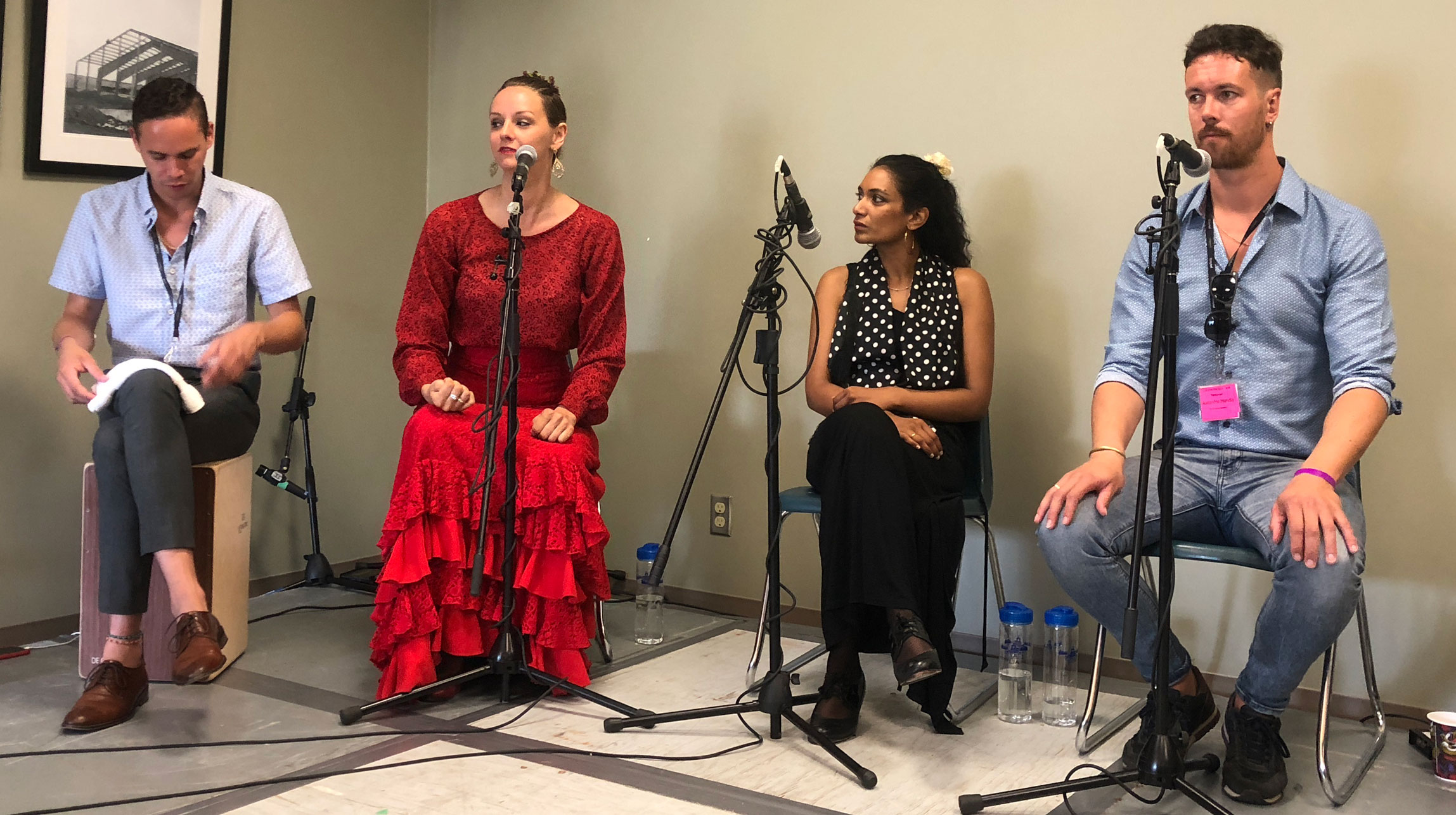 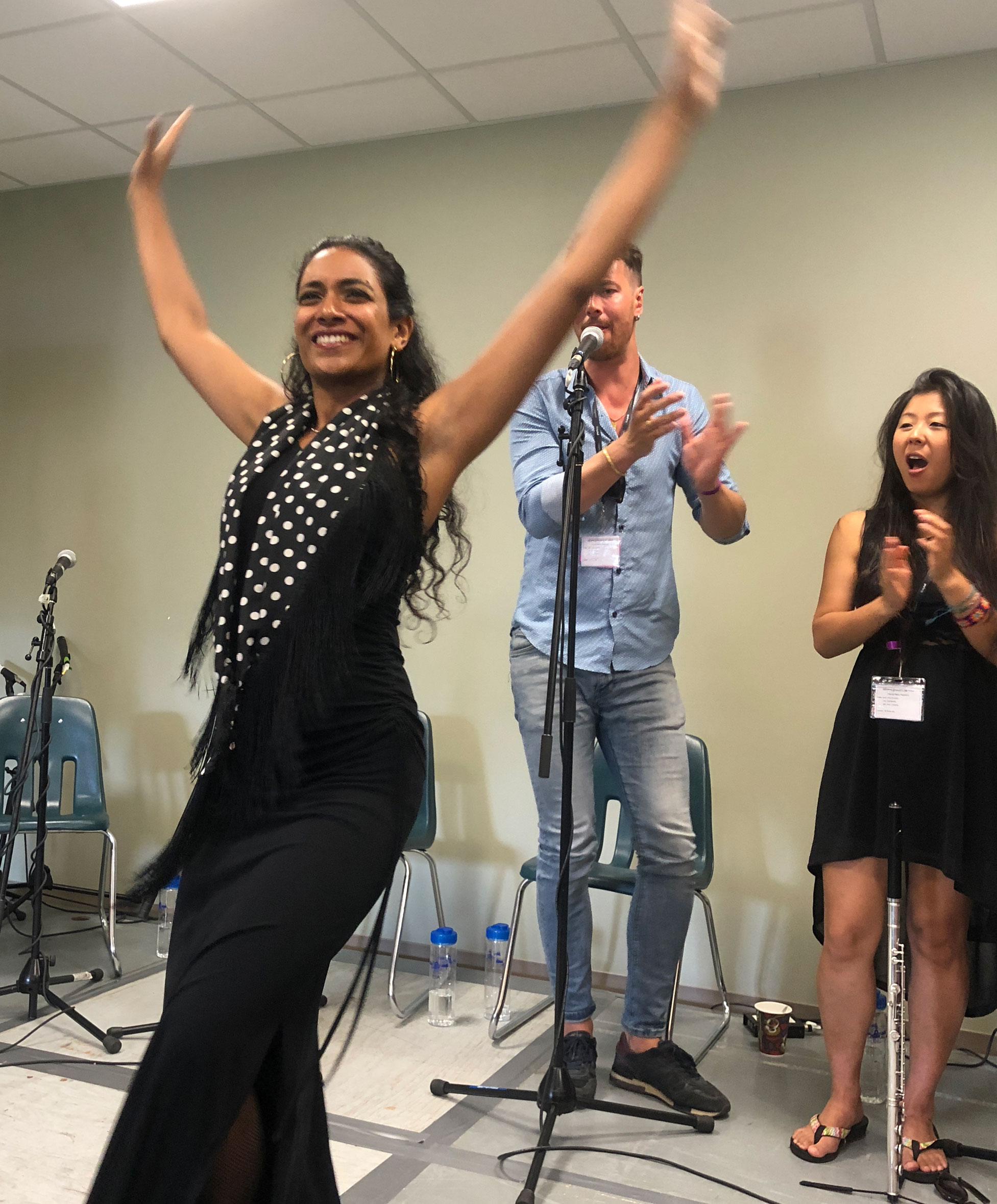