The Canadian shore of Lake Superior has a huge number of protected anchorages. It is the key reason many of our friends who sail out of Bayfield WI head across the lake and spend the majority of their time hopping from one little hurricane hole to another.

Plus, there is the added bonus of gorgeous scenery, pristine waters, and relatively few boaters compared to other locations on the Great Lakes. And if you are craving company, there are some well-known hang-outs where you are sure to find plenty of conversation.

About the only downside to the Canadian shore—the temperature of the water! I draw the line at 68 degrees Fahrenheit. Below that, there is no way I’m jumping in! Regardless of how hot the air temperature may be, I’m not swimming in icy cold water. Wimp factor!

After our departure from Rossport, we did a lunch stop at Old Man’s Pocket just a few miles from Rossport. Who could resist an anchorage with a name like that? We then continued on to Morn Harbor and spent a couple of nights there before heading on to CPR Slip.

We had been to CPR Slip in 2015 and had the place to ourselves one night before a pack of kayakers descended on us. This time the tiny harbour was packed. As we hovered in the small bay, a group of boatowners started juggling boats around to make room for us. Even in the most popular places, like CPR Slip, there is an unspoken rule that everyone is welcome. Gotta love Canadians.

There is no harbour master to direct the traffic, just a grassroots effort among those who are there to figure out which boats need to move where.

No arguments, no grumbling. And with that we slo-o-owly backed in alongside the innermost dock so as to not put the rudder into the quickly rising bank. Nose in was not an option as the dock was not long enough to accommodate our bowsprit! Shortly after our arrival two additional boats came in and the juggling process was repeated yet again. As the biggest sailboat there, we stayed put.

We shared the campfire with a couple dozen or more sailors, power boaters and fishermen including spouses, children, grandchildren and dogs.  The crowd was mostly Canadian who had been spending their summer weekends at CPR Slip for years. These “regulars” helped maintain the place by cutting up dead trees (all for use in the lovely sauna) and taking care of the buildings. The property—originally developed by the Canadian Pacific Railroad (hence, CPR)—is privately owned but the current owner seems to be happy with the current arrangement.

With the Canadian long weekend upon us and more boaters expected to arrive, we opted to vacate the dock at CPR Slip and headed to West Otter Cove. This was a new anchorage for us and one that was highly recommended by our sailing friends. We had expected to find a small, cozy anchorage after we worked our way up the long channel. We were surprised at how large the “cove” was once we cleared the narrows just past a hard-right bend. The water opened up into a wide, deep bay. Definitely not small and cozy but lovely just the same.

There were a number of boats back in the “slot” that leads back to a waterfall, some of whom we had met in Rossport. We anchored across the bay from the slot, not far from another sailboat we did not know. Gaviidae hosted a happy hour that included Tony and Marianne from SV Tango, Paul and Julie from SV Oasis II, Phil and Maria from SV La Mouette, and Jim and Jack from SV Windleblow.

The next day we went for a dinghy ride through that slot to find the falls and lake that fed into the bay. We found both, but frequently lost the trail while bushwhacking our way through dense forest. In some cases, we missed the trail; in others the trail was obstructed by down trees. 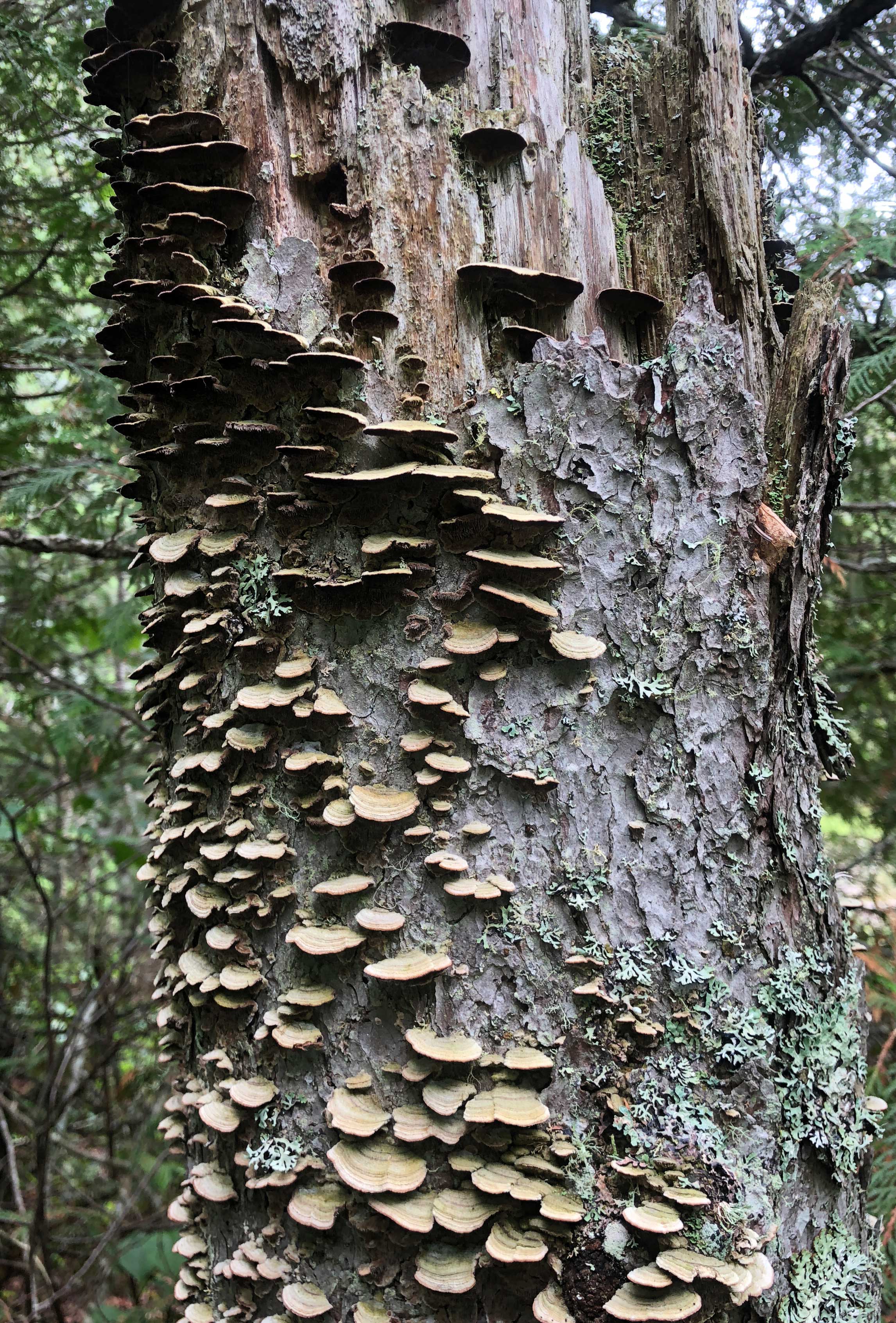 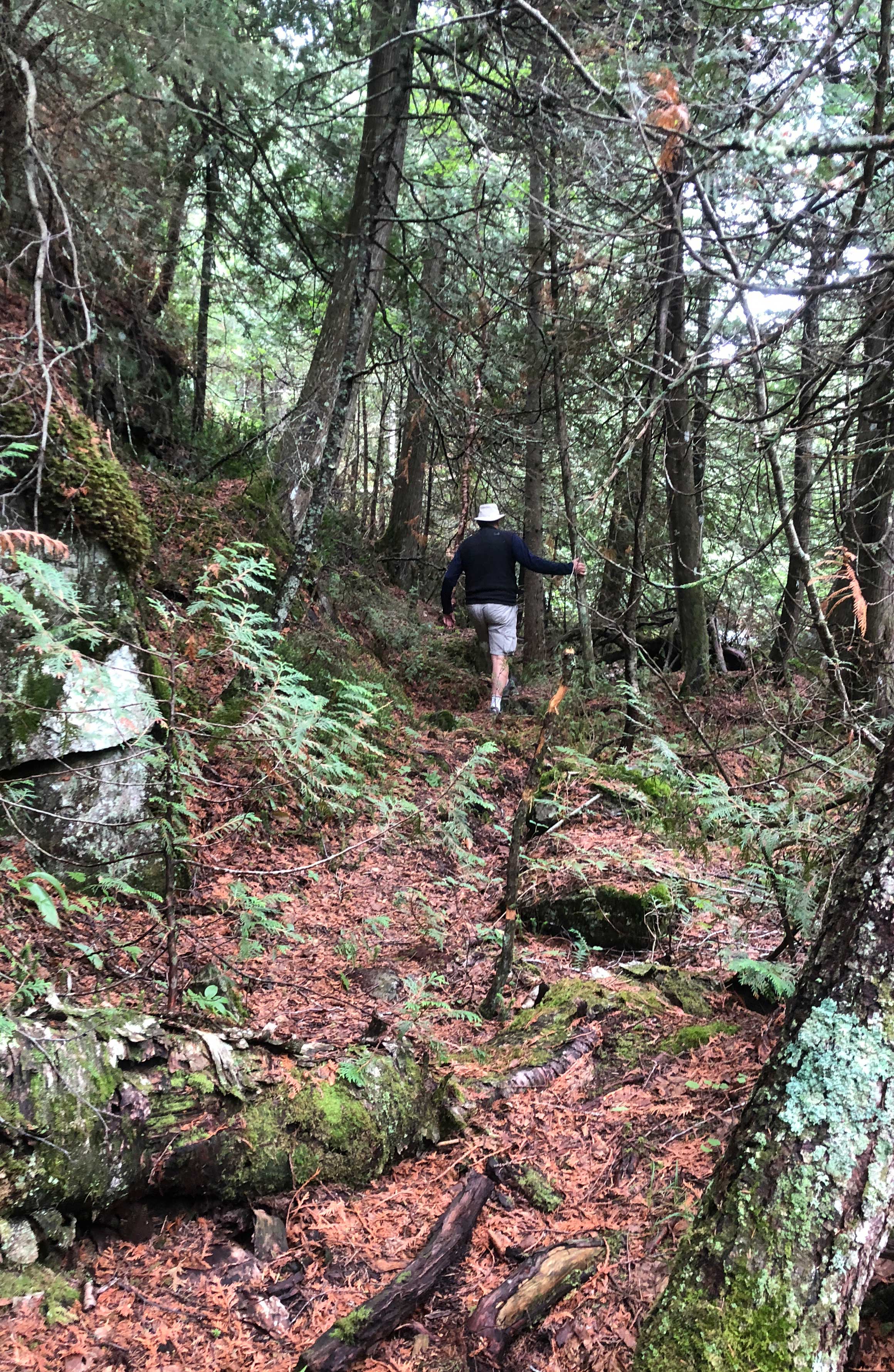 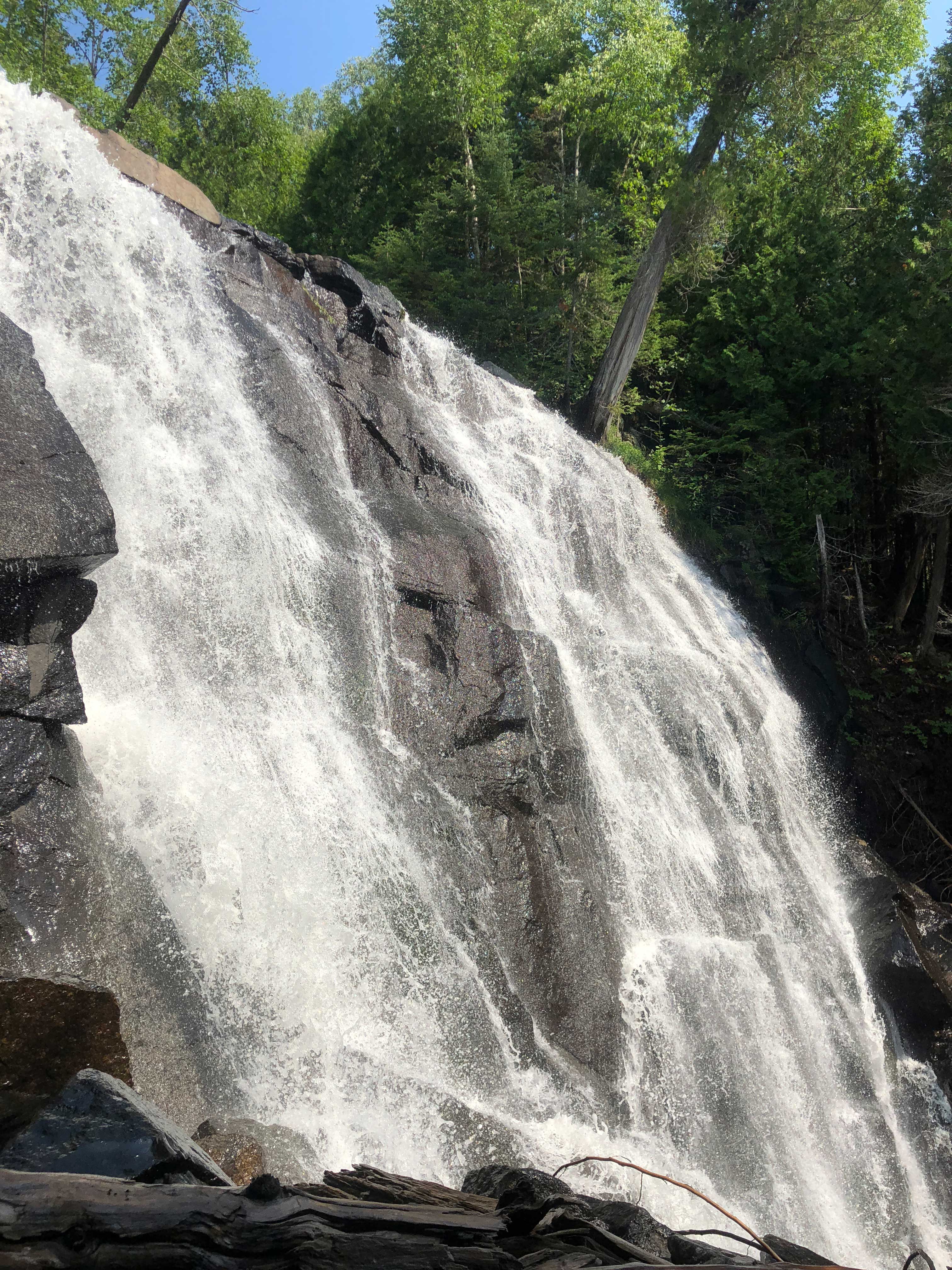 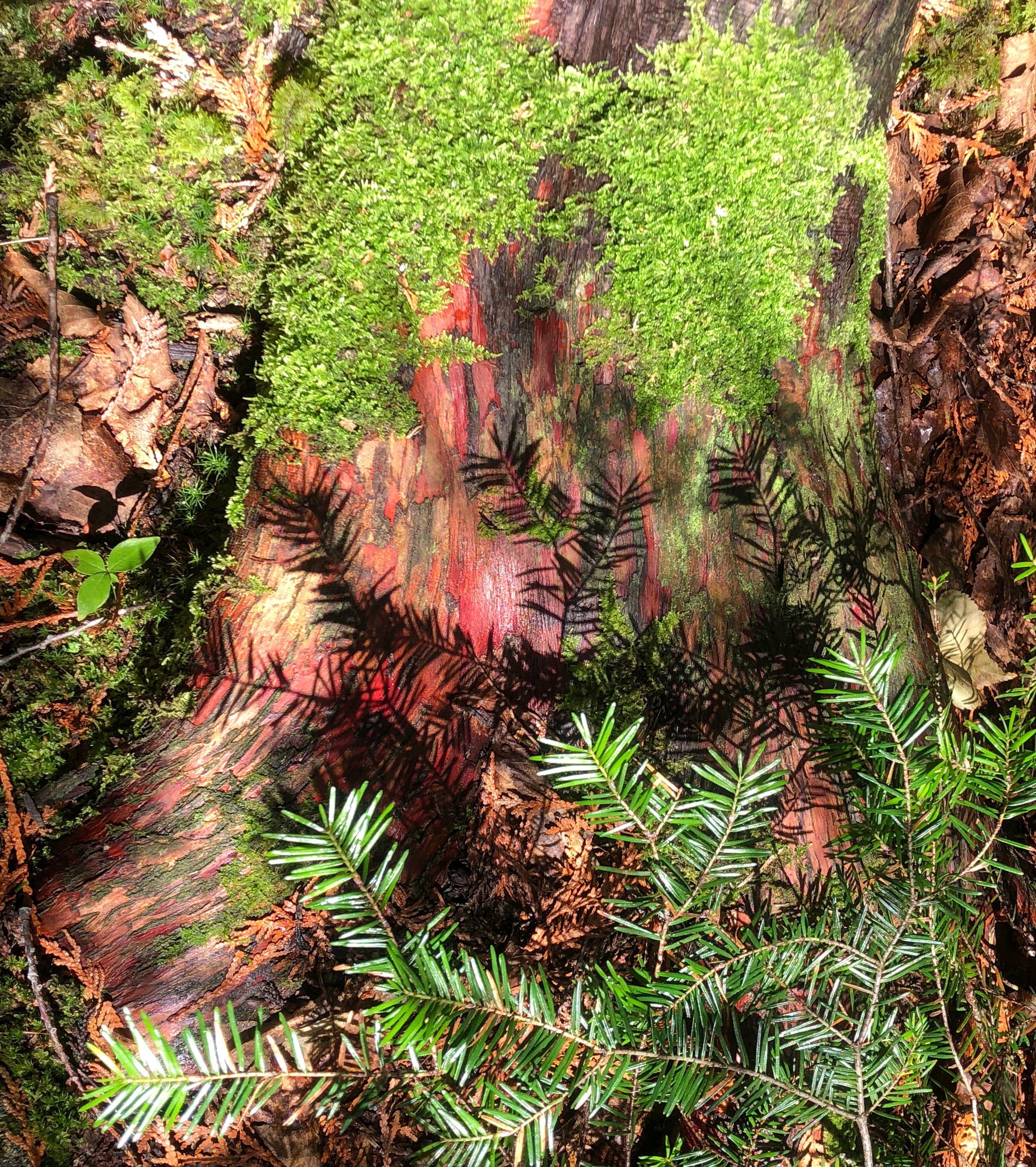 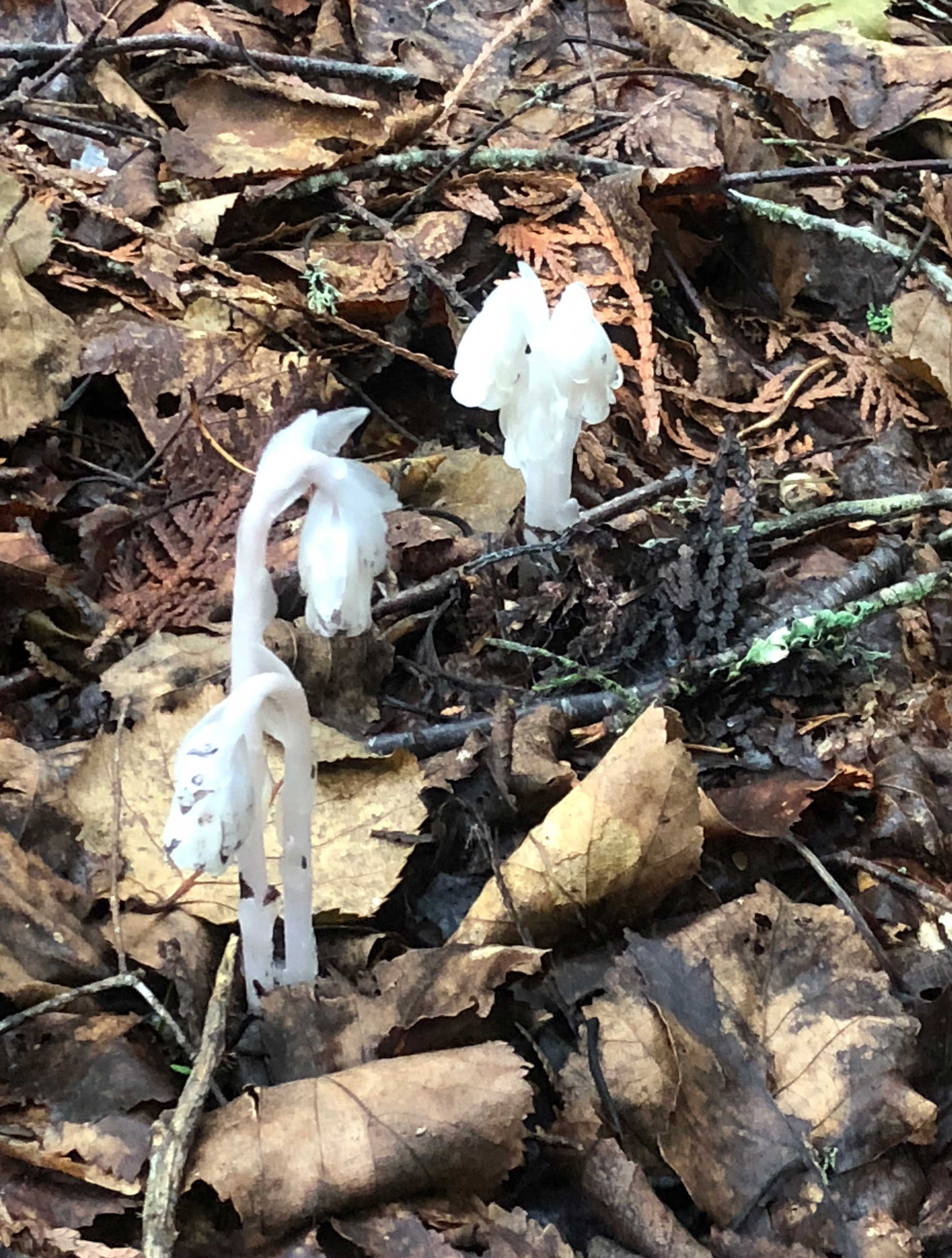 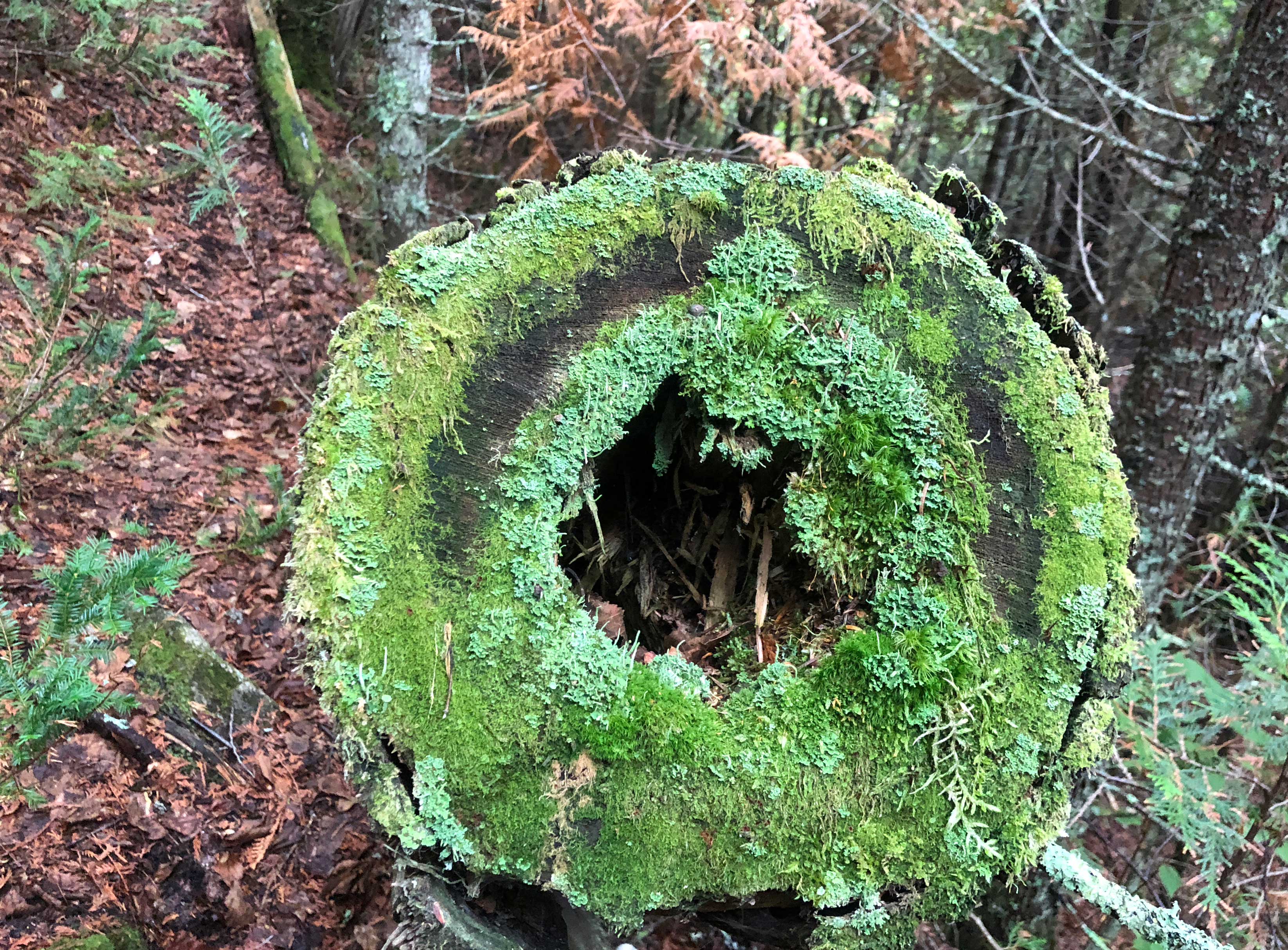 As we headed back to Gaviidae we saw that the “slot” no longer contained any of the sailboats from the night before. Instead, there was a small flotilla of Grand Banks trawlers. With the skies darkening, we quickly beelined for Gaviidae. Once aboard we waited for the storms to hit but they passed to the north and the south leaving West Otter Cove in complete calm. We did get some rain but it was short-lived and only served to disrupt the beautiful singing of a woman on the boat in our corner of the bay.

The next morning this same boat pulled anchor. I hailed them on the VHF to express my appreciation for the previous night’s serenade. They were headed to the Red Rock Folk Festival. I also learned about the nightly bonfires at the festival at which performers and fans alike gathered to play music well into the night. With this new information in hand, we opted to hasten our arrival  in Red Rock.

We pulled anchor and headed to Moss Harbour where we once again ran into SV Tango and Oasis II. We found a spot across the bay and settled in for a peaceful night before heading for the 49th Parallel and Nipigon.